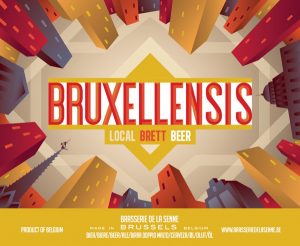 Researching historical beer styles can be a bumpy ride. Saisons in particular tend to be a very broad, fraught framework of beers to dive into, and I’ll frequently head to the chapter in Phil Markowski’s Farmhouse Ales titled “A History of Saison,” which was contributed by Brasserie de la Senne’s co-founder Yvan De Baets—both a great brewer and a well-regarded historian.

In the context of this month’s featured 100%-Brett beer via De La Senne, this chapter notes how crucial the impact of Brettanomyces yeast was to old-school saisons (before things shifted away from frequent sourness, in favor of the more bitter-forward interpretations of saison). De Baets, in compiling a profile of these older saisons, writes, “An important characteristic was their wine-like character, a sign of aged beers that were properly made. This vinous and sour side [corresponded] to the ‘taste of the North’ (Belgium and Northern France), and was the ‘must have’ of the era. The nose of old saisons was clearly marked by Brettanomyces.”

In concluding his historical deep dive into classic saisons, the De La Senne brewer added, “An authentic saison has a small ‘wild’ side, rustic, indefinable, far from the clean aspect of certain engineered beers of today. In one word, it must have an extraordinary character.”