Our members and beer enthusiasts have named quite a few of our exclusive club features over the years. One of our all-time favorites was Smokey and the Bois, brewed by the Bruery to commemorate our 20 year anniversary. You also named two other beers created for the anniversary, Mazel Hops! from Shmaltz Brewing Co. and El Monstruo Lúpulo brewed by Cigar City. If you’ve landed on this page in between contests, keep checking back or get on our mailing list at the bottom of this page as we plan to hold 3-4 contests a year! 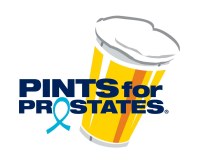 We have a winner in the Atom Brewing Company's naming contest. The three finalists were creative and apropos for the Pints for Prostates cause and for a beer made with malted sunflower seeds which was then packaged uncarbonated, or still:: Awareness, Seeds of Prevention, Still Here.

The winner by a healthy length is Still Here which was submitted by two people within hours of each other, first Joel L. and then Chris M. We decided for this contest to award them both the winning prize of a six-month two-bottle Rare Beer Club® membership.

Thanks so much for all your help naming Still Here which will be featured in the club September 2019!