The Québécois good-beer scene is perhaps most renowned for breweries like Unibroue and Dieu du Ciel!, both of which see significant distribution throughout the U.S., but it’s small-scale operations like Les Trois Mousquetaires that remind us that it’s almost always better to visit. Located directly southeast of Montreal, about an hour north from the Vermont border, the brewery exports only a few occasional offerings, making their beers very difficult to find here south of the border. No doubt this is the reason they are far less well-known here than their fellow Quebec brewers, but we aim to help change that.

Les Trois Mousquetaires got its start back in 2004, shortly after its three founders (hence the Alexandre Dumas reference) had lost their jobs when a production plant was moved to Ontario. Using their experience as production engineers, they decided to purchase a small brewing operation on the north shore of Montreal. In 2008, brewer Alex Ganivet-Boileau took over the brewing responsibilities, and over the years the company has expanded its lineup from a pair of lagers to its current, expansive focus on German-style creations. Like the Greater Montreal region itself, the Les Trois Mousquetaires offerings capture a certain Old-World, European charm, but in a very bold and exciting way. We’ve been extremely big fans of this brewery for a number of years and we’re thrilled to secure limited quantities of not one but four superb examples of their brewing skill. Enjoy!

Flexible ordering allows you to order 4, 6, 8, 12, 18, or 24 total bottles, combining any of the six featured beers in any way to get there so that you can easily try them all.

The order cut-off for this Special Offer is Tuesday, October 18th at 12:00 PM Pacific. Orders will begin shipping out about a week later. 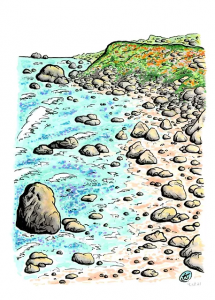 Had to dig real deep into my inbox to figure out when I’d started doing this work. Adam Nason from BeerPulse, who I had worked with while running the RateBeer Weekly newsletter, had put me in touch with Kris Calef here at the Rare Beer Club, and things just went from there. I couldn’t find the exact month I’d first started sending in notes, but it would’ve been around December of 2012—almost ten years ago! That’s longer than I’ve done just about anything ever. 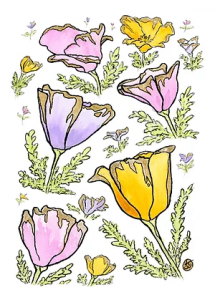 I stuck around with this job for a number of reasons. I really liked working with all the folks here—Kris, Lindsay, Brett, Kristina, Gina, and Tony. I’d always really enjoyed the beers and was impressed by how consistent the club’s tasting panel was at choosing good options; even though my tastes had shifted more to lagers and IPAs in recent years, it was fun to get to try world-class Belgian strong ales and barrel-aged imperial stouts—or whatever out-there RBC collab Kris and company had cooked up for the club. For a lot of our exclusive beers, I was one of the first people on the planet to get a taste of these new releases—sometimes before the actual brewers did! It’s a weird, wonderful job. And I’ve tried hard to do my best with it. Getting samples to land on time was the hardest part. Pretty sure we were never more than a few days late with notes in the past 9+ years. I’m proud of that, and wow, that was not easy.

Where am I headed? I opened up an online art store about a year ago (kenweaver.com/shop) focusing on watercolor-and-ink art inspired by Sonoma County. And I picked up a part-time job doing technical writing and editing work in the clean-energy industry. Going to miss this gig, you folks, and the people I’ve gotten to work with at Rare Beer Club. Say hi if you catch me at a beer or art event anytime in the future. Wish you all the best, and thanks for reading!

We’re very excited to have the opportunity to work with our friend Tomme Arthur and the team at The Lost Abbey to bring our members a selection of six limited release beers that are not only difficult to find, but also downright delicious.

Flexible ordering allows you to order 4, 6, 8, 12, 18, or 24 total bottles, combining any of the six featured beers in any way to get there so that you can easily try them all.

The order cut-off for this Special Offer is 12:00 PM Pacific on Tuesday, April 12th. Orders will begin shipping out about a week later.

While our travels around the Bay Area have obviously been dialed down the past few years, my wife and I and our good friends have been finding some really great brewery + outside-food options lately. A lot of breweries out here don’t serve food but do allow you to bring in orders from outside restaurants—and both the beer and food options can be phenomenal. Our low-key habit is to pick up Vietnamese food on the way to Moonlight Brewing, pairing hoppy lagers and English-style ales with spicy chicken wings and bahn mi. But when we’ve got time: we head to Temescal Brewing in Oakland, ultimately a beer (and food) paradise.

Temescal happens to be tucked into one of the tastiest spots of the Bay Area we’ve found (and they welcome outside food). Most recently, we’ve taken to ordering online at Burma Superstar, swinging by Temescal to grab a table and an initial round of beers, then two of us do the half-mile food-pickup loop while others chill. The walk there isn’t amazing but smells beautiful: Korean- and American-style BBQs, Thai soul food, ramen shops, fried chicken to-go, tofu houses out the wazoo… All of which pair quite easily with Temescal’s lineup, which (in addition to incredible IPAs and heftier options) features some really stellar sub-5% beers. Sipping crisp lagers and English-style pale ales with tea leaf salad and pork belly with pickled mustard greens… well, it’s our favorite brewery and outside-food combo we’ve found so far.

Have a favorite combo of your own? Do breweries near you even allow on-site food to be brought in? Have a brewery + favorite food truck? Want to just rave about Burmese food? Let us know how your local scene’s looking via @RareBeerClub on Twitter. 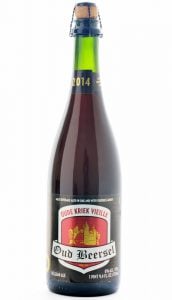 I don’t often do resolutions, but I try to take my physical and mental wellbeing seriously, and the start of a new year’s a great time to reassess and figure out how to tighten things up a bit. Personally, in addition to adding a few more off-drinking days to my usual schedule, I’d also (pandemic willing) like to get back to reconnecting with people through local beer hangouts. I’ve been in my work bunker for the past four+ years, and these last two really haven’t made anything easier in terms of re-engaging. Been working long-ass days trying to get my art stuff off the ground, and it’ll just be nice to continue getting back out into the world a bit more.

So yeah, this year I’d like to get back to reconnecting through beer. I feel like I know myself a bit better now, feel like I’ve made some pretty big personal changes, and kicking back with a few beers and strangers and settling into a conversation sounds like one of the best things ever. Lord knows what the latest variant is going to do to public spaces in 2022, but at least I’d like to get back to hosting more small stuff in the beer garden with our vaccinated peeps. I’m honestly looking forward to whatever shitstorm this upcoming year has in store for us. Whatever you’re working on, I hope you find lots of strength and success with it this year.

How you holding up? Got any beer-related projects or resolutions you’re working on? Have anything in the beer world you’re looking forward to in 2022? Let us know what’s good on Twitter via @RareBeerClub.

Our final Special Offer of the year is one we’ve been excitedly working on putting together for quite a while. Featuring four superb and very limited-distribution imported beers from world-class brewers, each one a perfect choice for the winter season, we think you’ll want to stock up as a gift to yourself to celebrate the end of 2021, and to keep celebrating into 2022… We certainly will!

The order cut-off for this Special Offer is 12:00 PM Pacific on Tuesday, December 14, 2021. Orders will begin shipping out about a week later.