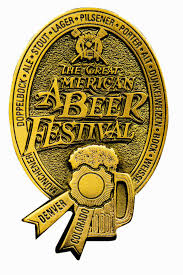 Knocking out this latest column right after getting back from Denver. It was my fourth year judging out at the Great American Beer Festival, and it’s one of the parts of my involvement in the industry that’s particularly rewarding each year. Three days, and up to six flights a day, of beers across varying styles and executions, judged blind with some of the more thoughtful and experienced palates in the beer world. This year we were 298 judges across 12 countries, sensorily combing through approximately 8,650 beers entered by 2,400 American breweries.

Also: 391 entries in the new hazy/juicy IPA category. Which gives you a sense of tone.

Some clips from the highlights reel: The competition is in the process of transitioning fully to an eJudging platform, so I got to knock out some of my first-round notes with a tablet—which I think is guaranteed to streamline the process and clarity of notes going forward, and they’re rolling it out carefully. During the sessions of the beer festival itself: it was interesting to see lines snaking away from hazy-focused spots like Weldwerks and Great Notion, where that fanfare hadn’t quite crested a few years ago when we’d first seen them. Weldwerks’ end-corner booth had a dedicated side for brewers and judges; even that tended to have a line. I chatted with a few folks about what it means to have a competition with an increasingly less familiar set of names winning awards as the industry expands, and if that’s cause for concern. As expected: Certainly saw a number of Brut IPAs at the fest. On the Rare Beer Club front: shout out to The Bruery for taking a bronze for Mischief—their 10th GABF medal to date.