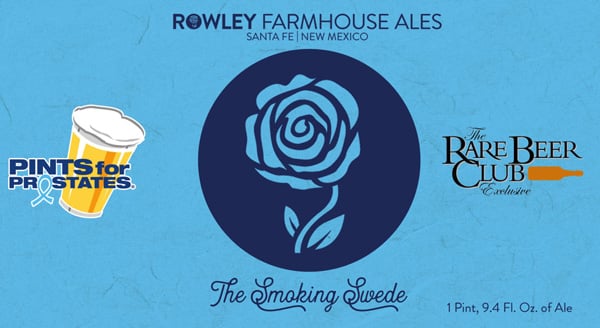 One of the two featured RBC beers this month is styled as a Gotlandsdricka, a particularly out-there style from Sweden one doesn’t see very often. It had me thinking of Finnish sahti, which shares the use of juniper, among other key details. Randy Mosher’s Radical Brewing and Svante Ekelin’s entry in The Oxford Companion To Beer are both good spots to start digging in.

The featured beer from Rowley Farmhouse Ales overcomes two of the main challenges in brewing authentically minded Gotlandsdricka: they foraged boughs of juniper from around their local Sante Fe region (these traditionally get preboiled and/or used to make a filtering base during lautering), and they acquired birch-smoked malt through a friend who happens to do things like that in the Jemez wilderness, outside of Sante Fe. That addition of a birch-smoked malt provides, as Mosher puts it, “a faint wintergreen tang.” He includes a recipe for Gotlandsdricka that includes traditional adds like bog bean, blessed thistle, and bog myrtle.

These beers have a lot going on. The only example I can recall trying off the top of my head was the Jester King Gotlandsdricka, many many years ago. Närke Kulturbryggeri makes one of the other examples that sees any significant availability. Jopen in the Netherlands and Off Color in Chicago both have their own versions. Though Mosher and others mentioned that Gotlandsdricka was very possibly the everyday drink of the Vikings (mead was reserved for fancier occasions), they’d have a tough time finding a steady supply of it today.