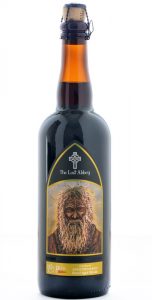 One of the two featured beers this month is Lost Abbey’s Righteous Son, a barrel-aged old ale made exclusively for The Rare Beer Club. Old ales are a dark and maltier subset of beers tracing their origins back to England, and they typically emphasize a generosity of notes like caramel, toffee, nuttiness, and/or molasses (even a bit of roast)—essentially hitting some of the same malt spectrum as barleywine, though without the same intensity of hops or alcohol impact. The Rare Beer Club’s founder Michael Jackson wrote old ales “should be a warming beer of the type that is best drunk in half pints by a warm fire on a cold winter’s night.”

While the above provides a basic sense of expectation for beers labeled as “old ale” today—higher in alcohol, darker malts, modest hops, often some sherry-like oxidative notes—there’s a lot more nuance to what “old ale” referred to historically. Martyn Cornell’s article “So what is the difference between Barley Wine and Old Ale?” is a great resource for any deeper dive.

If you’re digging Lost Abbey’s Righteous Son (or old ales in general), tracking more of these down can sometimes be a bit of a hunt. English examples making it stateside are pretty few and far between, while many of the old-ale examples made stateside are more barley wine-y. Great Divide’s longstanding winter seasonal Hibernation Ale (brewed annually since 1995) is one promising option that’s easier to track down, and North Coast’s potent Old Stock Ale is made year round. Got old-ale recommendations? Hit us up on Twitter via @RareBeerClub.