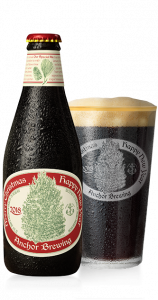 Not that we could use any comfort, but the semi-solid firmament of winter seasonals can be pretty reassuring. Over the course of a year, there aren’t too many seasonal beer releases that I still keep up with, which I think makes me busy and normal. With so many signals firing in beer and beyond, I’m just not getting into seasonal habits as often as I used to. My wife and I got into snagging around February each year—back when we lived on the east coast within distribution range. Victory’s Summer Love, a golden ale that’s right up there with Firestone Walker’s 805 for us, remains a summertime staple. And we typically snag Sierra Nevada’s annual Oktoberfest collabs. Beyond that… it’s mostly winter seasonals.

Between picking out things to share with family over the holidays and/or just having things to look forward to as we head into drearier months (though appreciating the rain in NorCal at the moment), one tends to make deeper attachments to end-of-year seasonals. We picked up a case of Sierra Nevada Celebration as soon as it hit shelves, as we do. Ditto for a sixpack of Anchor’s annually tweaked Christmas ale. Going forward, any seasonal habits we pick up will probably be at our go-to breweries here in Sonoma County. Have you been keeping up with seasonals the way you used to? Which winter releases are you still looking forward to each year? Let us know what’s been hitting the spot over on Twitter via @RareBeerClub.