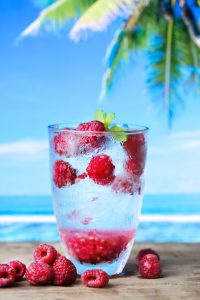 Hard seltzer has been making a lot of noise this summer… This segment of bubbly alcoholic water has seen a 193% increase year-over-year in a recent Nielsen survey, and some industry analysts predict it’ll reach a $1-billion industry by the end of the year. U.S. Today (admittedly not the most immediate barometer for cutting-edge beverage trends…) named it “the boozy beverage of summer 2019.” Your mileage may vary… But White Claw memes abound, and I have spent a nontrivial part of my week sketching out seltzer monsters for Massive Potions.

I did a roundup of hard seltzer for my column at All About Beer Magazine a few years back, to the degree that I’m pretty good with never having to drink another one. But I’ll presume that the segment has improved at least a little bit from those earliest days, and I’m curious to hear from Rare Beer Club members who’ve ventured to hard-seltzer land. Have you actually tried anything interesting in this space? Or is it all nostalgic sugar water, masquerading as a health-conscious option to pull in the light-beer crowd? Chime in on Twitter via @RareBeerClub.